Since Amazon Prime Video's expansion to more than 200 countries and territories around the globe last December, customers from all over the globe can now stream the latest pilots. Amazon customer feedback on pilots has helped make some of the most critically-acclaimed and popular series to date, including multi Golden Globe- and Emmy-winning series Transparent, multi Golden Globe-winning series Mozart in the Jungle, and the most-streamed scripted Amazon Original Series ever by Prime members globally, The Man in the High Castle, winner of two Emmys. All pilots will be available via the Amazon Prime Video app for compatible TVs, connected devices and mobile devices, or online at Amazon.com/amazonvideo.

"We're excited about, and committed to, telling diverse and risky stories from the best storytellers in the world," said Joe Lewis, Head of Comedy, Drama and VR, Amazon Studios. "We can't wait for customers to see these incredible new universes from Diarra, Bridget, Michael and George."

From creator and star Diarra Kilpatrick (American Koko, The Last O.G.) and The Mark Gordon Company comes a comedy about the new American Dream set against the backdrop of a rapidly changing Detroit. The Climb follows an office assistant who seeks an extraordinary life through internet fame, with her best friend always in tow. Chris Robinson (The New Edition Story, Star) directed the pilot, which shot on location in Detroit. Christina Lee (Search Party, Wet Hot American Summer: First Day of Camp) served as showrunner on the pilot episode. The Mark Gordon Company (Designated Survivor, Ray Donovan) is producing and serving as the studio on the project along with Amazon Studios.

Love You More stars New York City cabaret sensation Bridget Everett (Patti Cake$) as Karen Best, with Bobcat Goldthwait (God Bless America) directing and Michael Patrick King (Sex and the City, The Comeback, 2 Broke Girls) showrunning. Karen Best is a big girl with a big personality and a big love of Chardonnay, which occasionally causes her to make some big mistakes with men. But the biggest thing about Karen is her big heart, which she uses to excel at her job as a counselor at an independent living residence for young adults with Down syndrome. And sometimes, Karen's need to stand up for all the little people in life manifests into a fantasy rock music number, where we discover she also has a big and beautiful voice. Love You More is from MPK Productions in association with Warner Bros. Television and Amazon Studios. King, Goldthwait, Strauss and Everett co-wrote the pilot. King and Goldthwait serve as executive producers, and Everett is co-executive producer.

Sea Oak is a genre-bending comedy from renowned author and creator George Saunders (Lincoln in the Bardo), starring Emmy-winner Glenn Close (Damages, The Wife), directed by Golden Globe-winner Hiro Murai (Atlanta) and executive produced by Jonathan Krauss through his Affiliated Pictures banner. Murai will also serve as an executive producer as well as Evan Dunsky (Nurse Jackie). Lael Smith and Keir McFarlane serve as co-executive producers. Aunt Bernie, a working-class woman in a Rust Belt city (meek, unmarried, no kids), dies tragically in a home invasion. Compelled by sheer force of dissatisfaction, she comes back from the dead full of rage, determined to get the life she never had. She proceeds to inflict a range of demands on what's left of her nuclear family (a quasi-stripper nephew and two feckless nieces), who live in a low-end subsidized hellhole of a housing complex called Sea Oak. Sea Oak is from Amazon Studios.
Amazon

Popular posts from this blog 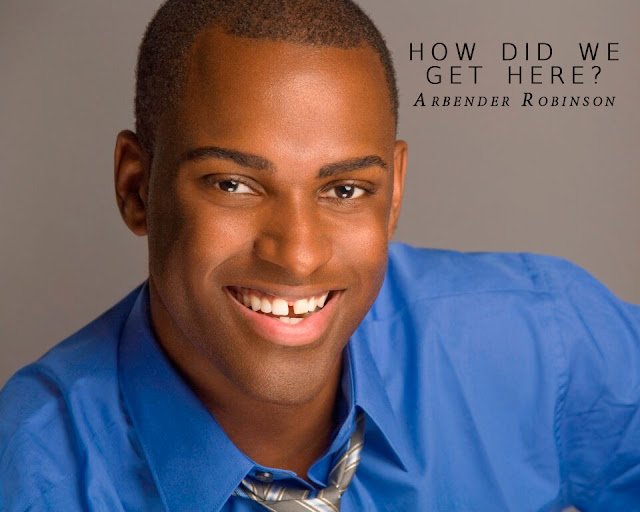 FOR IMMEDIATE RELEASE 74ADEREMI PRODUCTIONS RELEASES ANIMATED LYRIC VIDEO FOR "HOW DID WE GET HERE?" Song Performed By Broadway Star Arbender Robinson BROOKLYN, NEW YORK:  Brooklyn-based 74Aderemi Productions is proud to announce the single and lyric video release for “How Did We Get Here?”  Performed by acclaimed Broadway star Arbender Robinson, the song details singular and multi-person reflections on conquering demons, and soaring to new heights with newfound inner peace. Arbender Robinson made his Broadway debut in the Tony Award winning production of Hairspray .  He has since had successful runs in Little Mermaid , Hair , Ragtime , Book Of Mormon , Lion King , Beautiful: The Carole King Musical , Les Miserables ,  Shuffle Along , and many more. With lyrics by A.A. Adedeji and music by Eli Zoller, the song will be included in the pilot for the upcoming drama series, We Be Nurses .  The lyric video, edited by Elana Meyers, draws from the main stor
Read more

October 24, 2017
T'was the month before christmas and all through the town all the holiday movies were making their rounds lifetime was ready with yuletide cheer with six original movies to get you to the new year. Lifetime's a really, really cozy christmas holiday movie slate includes stars Mario Lopez, Melissa Joan Hart, Dan Lauria, Tatyana Ali, Mindy Sterling, Markie Post, Arielle Kebbel, Brian Dennehy, Bethany Joy Lenz, Faith Ford, Jackee Harry, Jasmine Guy, Kim Fields, Mario Cantone, Brendan Fehr, Jana Kramer and many others. Six mini-movies will also debut following each new movie premiere. Check out the schedule below. Wrapped Up In Christmas Saturday, November 25 at 8pm ET/PT Christmas is one of Heather's (Tatyana Ali, Fresh Prince of Bel Air) favorite times of year but this year, as the manager of the upscale Town Center Mall, she has to be the Christmas Grinch and cancel the leases of under-performing stores. One afternoon, Heather's niece, Molly asks the mall Santa
Read more 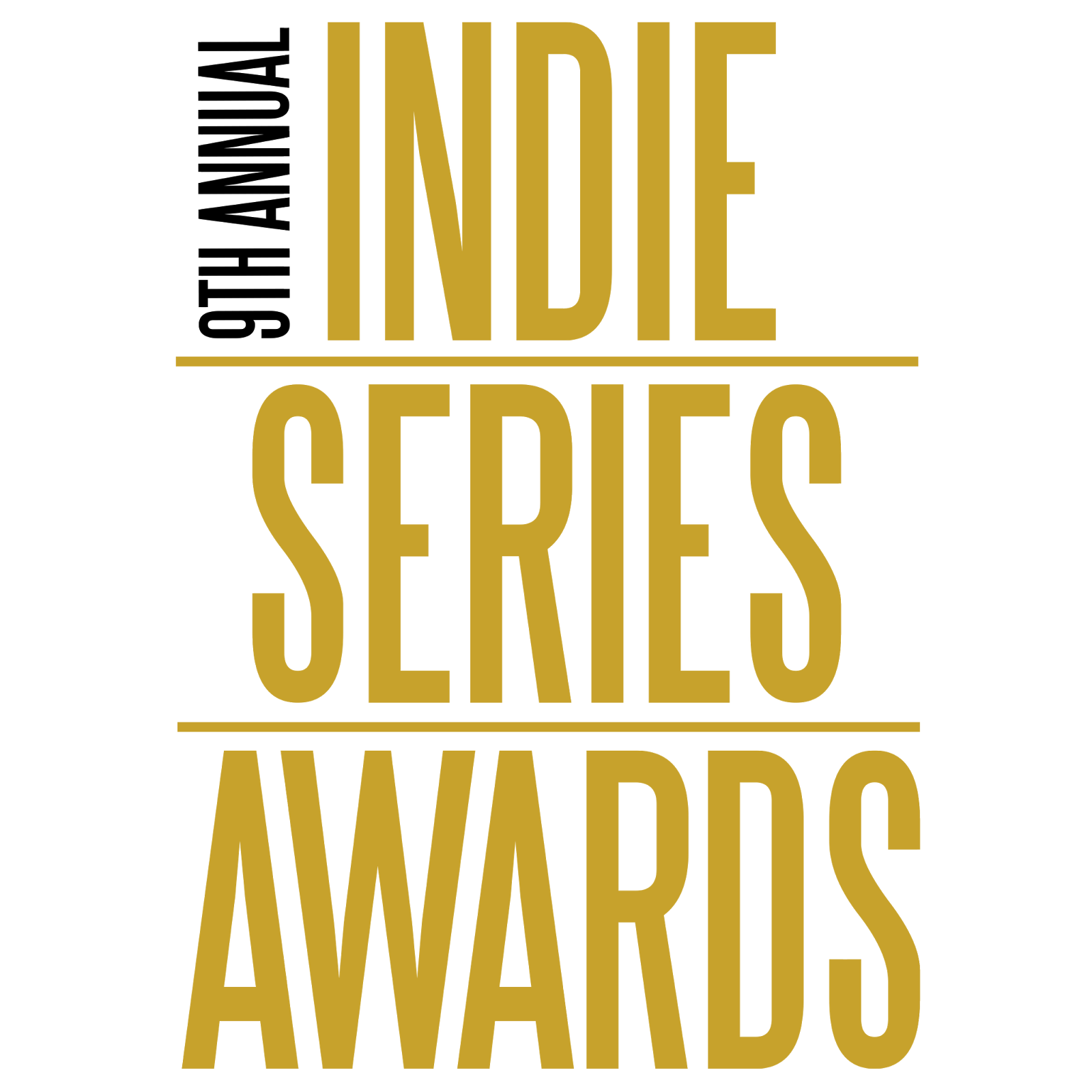 The nominations for the 9th Annual Indie Series Awards were revealed on Wednesday, January 31. The ISAs celebrate the best in independently produced entertainment created for the Web. Nominees were announced in 30 categories. Ladies of the Lake  led all series with 18 total nominations, followed by  The Bay  with 16. Those shows will compete in the Best Drama Series category with  Anacostia ,  Giants ,  L.A. Macabre ,  Riley Parra ,  Running With Violet  and  Teenagers . Filth City  led all comedies with 12 nominations. The series is joined in the Best Comedy Series field by  190 Lorimer ,  The Amazing Hoolister Park ,  Bad Timing ,  Dear Mankind ,  How to Buy a Baby ,  Indoor Boys  and  ThreadBare . The first ever category for unscripted shows was added this year.  Competing for Best Non-Fiction Series are  1 Minute Meal ,  Haunt ME ,  Vintage America with Ginger  and  Where I Don't Belong . In all, there are 44 nominated series from around the globe: United S
Read more